The good news is that it looks like after some tests were done that the recall warning on President’s Choice lower iron milk has been rescinded.  Unfortunately, after more tests were done the President’s Choice Sensitive to lactose milk-based powdered infant formula has now been recalled.  I think that this recall would affect even more people as this product is probably much more popular.  It is not all batches – so I have included the affected batch numbers down below.  Thanks to Bonnie Whitford for letting me know !

Even this is not a Costco recall, I’m posting this recall because I want to make sure that as many people know about this recall and I don’t want any little ones to get sick. 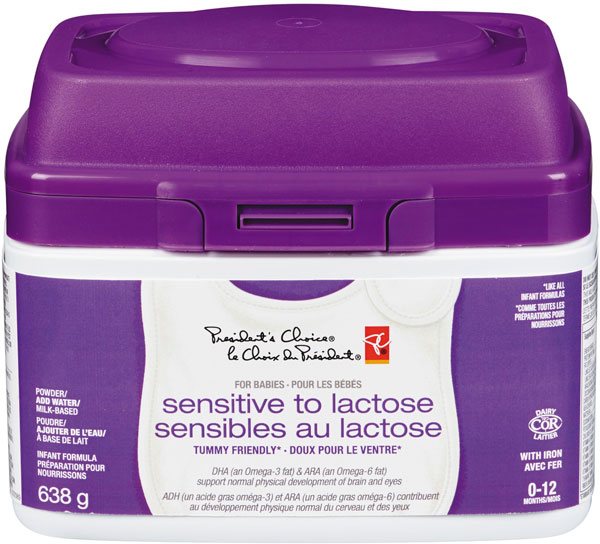 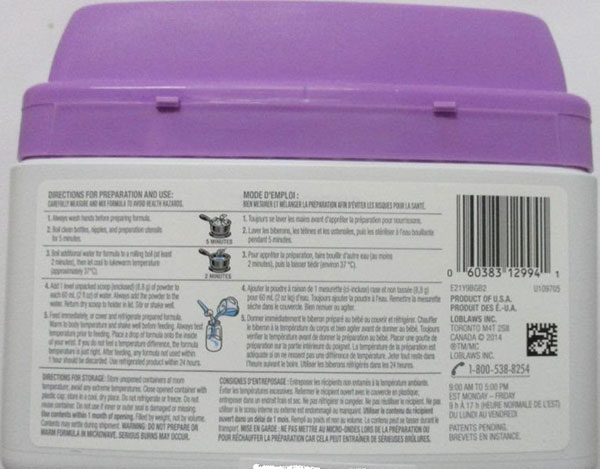 It has now been confirmed that the testing results indicate that certain President’s Choice brand Sensitive to lactose milk-based powdered infant formula may be contaminated with Cronobacter spp. Loblaw Companies Limited is recalling the formula described below.

The following product has been sold nationally and should not be consumed.

What you should do

If you think you or a family member became sick from consuming a recalled product, call your doctor.

Check to see if you have the recalled product in your home. Recalled products should be thrown out or returned to the store where they were purchased.

Food contaminated with Cronobacter may not look or smell spoiled but can still cause illness. Although Cronobacter is not commonly linked to human illness, in rare cases it can cause serious or fatal infections. Cronobacter can cause rare bloodstream and central nervous system infections and has been associated with severe intestinal infection (necrotizing enterocolitis) and blood poisoning (sepsis), especially in newborns.

This recall was triggered by the CFIA’s surveillance activities. The CFIA is conducting a food safety investigation, which may lead to the recall of other products. If other high-risk products are recalled, the CFIA will notify the public through updated Food Recall Warnings.

The CFIA is verifying that industry is removing the recalled product from the marketplace.

There have been no reported illnesses associated with the consumption of this product.