With a 2.5 year old at home, I don’t have much time to go to the movies, but when I do, I make sure to pick up my movie tickets from Costco.  Their Costco Cineplex Movie Tickets – A Great Escape – movie deal is currently $29.99 and includes:

A general admission movie ticket at my theater is $13.25 which means you are getting 2 drinks and a popcorn for an additional $3.50.  Since we don’t go to movies very often, I like to check out the IMAX version of the movie for the ability to reserve seats ahead of time (We can also show up a little late missing the 10 minutes of car advertisements).  You can still use the Costco Movie voucher, but you have to pay an upgrade fee.  At my theater, it is $14.00 to upgrade to the IMAX & 3D tickets from the general admission seats.  These vouchers never expire and can be used for any show.

I was pleasantly surprised the last time that I went to see a movie that I was able to redeem the movie vouchers online!  You just need to enter the code on the back of the voucher into the “Voucher(s) or Promotion Code” field.  In the past, we have stopped by the movie theater on the way home a couple of days before the show and purchased our tickets.  Now we are able to redeem the vouchers from the convenience of our phones.  This means that you are now able to buy the Cineplex vouchers from Costco and reserve your movie from the Costco parking lot.  No more standing in line for movie tickets for me 🙂

These vouchers were on sale last year during Boxing Week for $4.00 off.

For those of you who haven’t used these tickets in a while, these vouchers used to be available online, but the online product was discontinued.  The vouchers are only available in stores now.

If you are new to this blog – or wondering why the prices or products are different at your Western Canada Costco, please click here to read the Frequently Asked Questions (FAQ)! 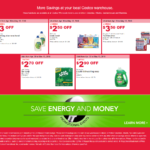 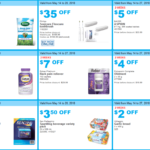