So I had time for one last shop at the USA Costco before my last day of Parental Leave.  I wanted to post the USA Northwest Costco Sales.  There were a few things I wanted to pick up – but I didn’t think my bill would be over $350 dollars!  That is how they get you.  They just have so many more items in the US stores – and filling up the gas tank at $3.09 a gallon is easy for the wallet.  This week I am posting over 220 sale items!

I get asked on every US post how much I bring back with me and what I declare.  This week I brought back $550 worth of items.  It included some baby shoes ($150) from my US 3rd party shipping receiver, baby clothes ($100), groceries ($300).  I declared everything and I was not sent into pay any taxes even though I was only in the US for 4 hours.  I was hassled a little bit by the Canadian Border Services Officer about bringing in $40 worth of Dairy Products because the limit is $20 – but I was still not sent in.  I do have a Nexus Card which allows me to use a Trusted Traveler lane.

I noticed that they food court has changed over some of their food items.  They don’t sell chocolate ice cream anymore – the chocolate has been replaced with Acai Berry and they sell Polish Hot Dogs now (like the ones they have in Canada).  You can also have an Acai Berry Yogurt with Granola and Fruit, an Al Pastor Salad, or a Cold Brew Mocha Freeze (like a Mocha Frappucino).  The biggest difference is that you can order and pay for your food on computer terminals!  You get a receipt with your order number and they just call it out. 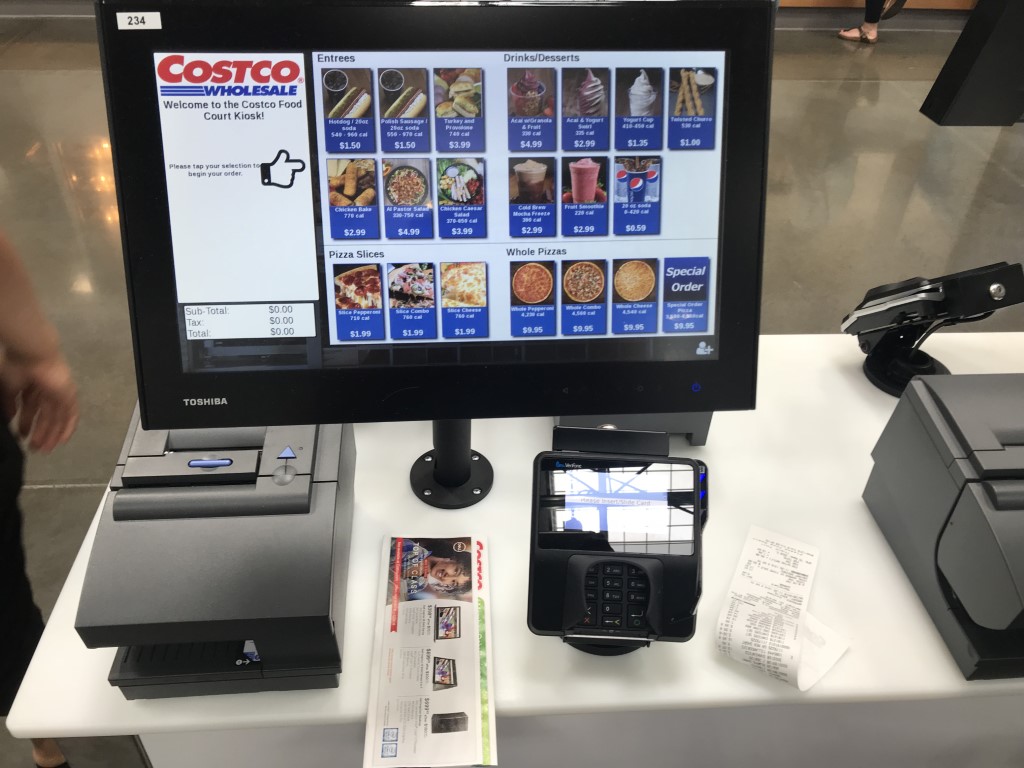 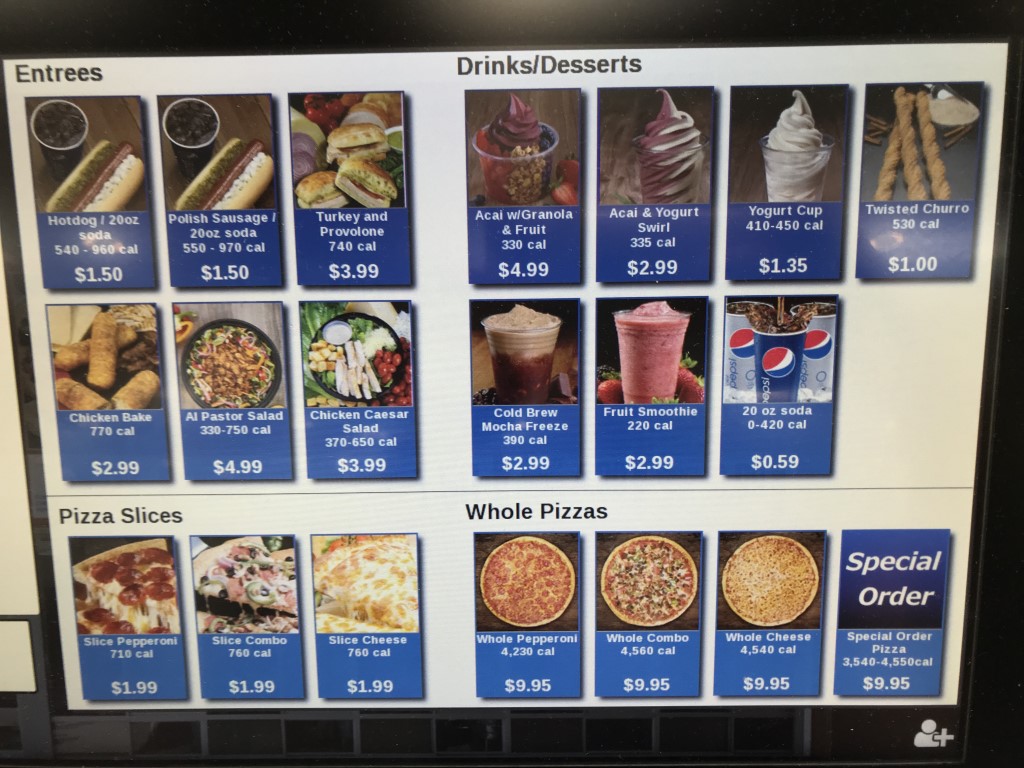 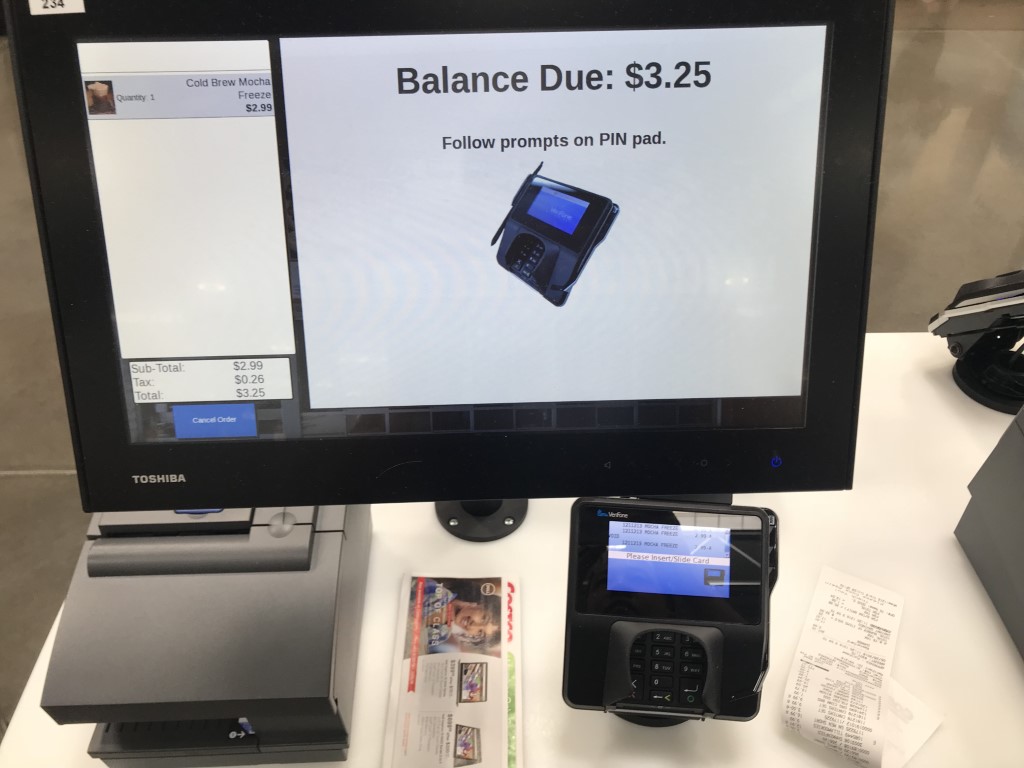 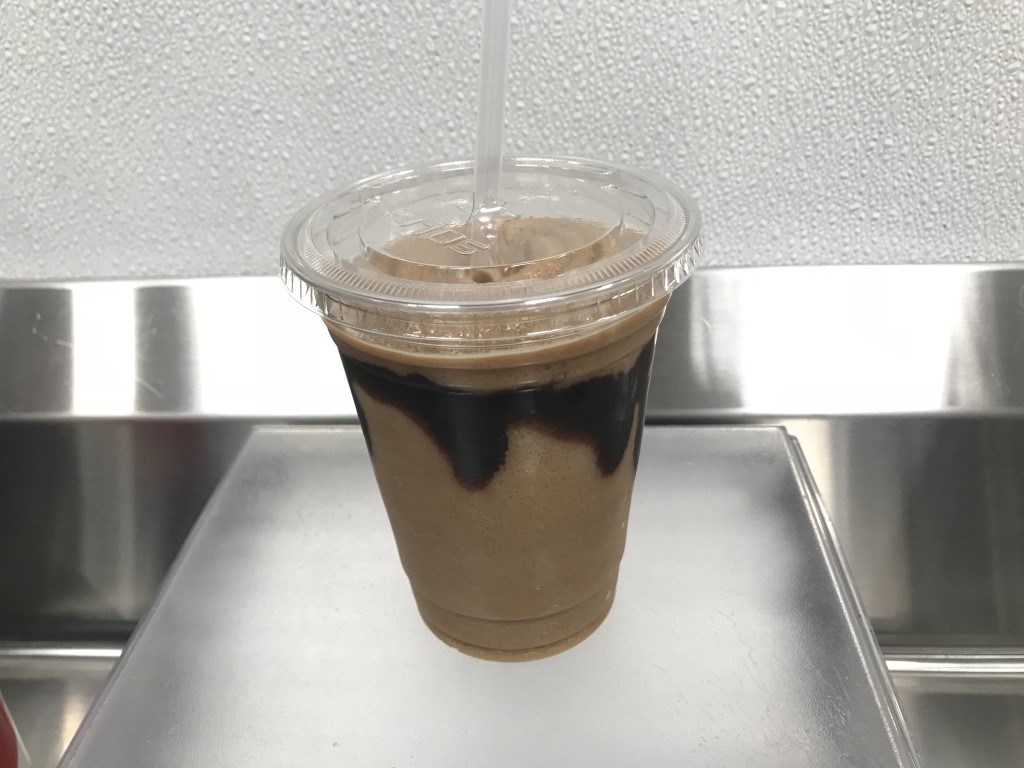 I had to try something so I ordered a Mocha Freeze.  The ordering and payment was quick and easy and I received my order in less than a minute!  I wonder if this system will ever come to Canada?  This method seems to make everything go much more smoothly gets rid of the line that constantly clogs up the exit.

HINT:  did you know that most Costco stores try to open 15 minutes before their posted time?  Even though it is not advertised, you can show up early and they will be letting people in early.  This is a great time to shop as there are not many people in the store before the posted opening time!

Did you know that Costco Warehouses in the US now accept the Canadian Costco Capital One Mastercard for both their Gas Bar and their Warehouses?  This is the only Mastercard they accept, but handy if you want to pick something up while you are down there.  Check out my post here:  https://cocowest.ca/2018/04/do-us-costco-warehouses-now-accept-the-canadian-capital-one-mastercard/

Apparently, Costco is looking accepting all Costco-branded credit cards at any location in the world i.e. they plan to accept the US Costco VISA in Canada or Accept Canadian Costco Mastercard and US Costco VISA in the UK.  Once their system has been upgraded, they will start advertising this benefit.